Art is an effective form of expression that has helped a lot of people get in touch with their emotions, lives, strengths, and even weaknesses. Most of these people have gone through hardships when they first began to indulge in art whether it was creating music, painting, writing, photographing, and many other things considered ‘art’. The most auspicious and memorable pieces of art are from people that have been hurt, were mentally ill, or went through challenges in life. Today, in the midst of a frightening pandemic, people must seek ways to retain their sanity and unravel what makes them joyful, passionate, and satisfied in a time of crisis. Art is the answer to cries for help, as it can guide humans to a place of comfort, away from the frightful virus that is ripping them all apart.

When Pablo Picasso, one of the greatest and most influential artists in the 20th century, first painted Guernica he was undergoing great sorrow when Guernica, a town in Spain, was unfairly bombed by the Germans. Thus, the strong anti-war emotions Picasso had regarding this event, led to the creation of a masterpiece. At the beginning of 2020, the whole world entered a battle against a virus that was spreading so rapidly that people lost what they called their workplace, their school, and even their grocery store as people grew too fearful to step outside. Their home became the only place they felt secure as life was now solely lived online. How are people supposed to function in one room or one apartment all alone for weeks, when they sometimes couldn’t even function in a building full of people? The only way for humans to regain some sort of humanity and sense of worth would be creativity. When kids are too jaded in the house, parents should seek art and creativity as a way for the child to regain independence and a sense of individuality. Giving a child access to pencils, paints, and paper could help it adjust to the circumstances we all have to live in right now. Allow the child to draw outside the lines, to pick what color is best for the picture, and to indulge in creativity.

For adults, art therapy is even more crucial since it can be easy to lose touch of what matters in a state of a pandemic. What matters during isolation, is endeavoring to stimulate the mind in order to feel some kind of achievement when the whole world is on lockdown and you’re unable to visit a museum, go to the cinema or talk to a coworker during your break. According to an article by Resources to Recover titled “Creativity and Recovery: The Mental Health Benefits of Art Therapy” art therapy is “an application of the visual arts in a therapeutic context.” Artistic expression can lead to dramatic changes in physical and mental health, and this is exactly what humans that are self-isolating need. Also, even though I mentioned a famous artist as an example, it does not mean that everyone who is artistically involved has to be perfect or talented at what they’re doing. The main goal is to exercise your mind, be honest with your feelings, and do the best of your abilities instead of criticizing oneself.

Frida Kahlo is another artist who expressed herself through her art in order to overcome traumatic events that had taken place in her life. She suffered from mental illnesses such as posttraumatic stress disorder, bipolar disorder, and dissociative identity disorder, and sustained terrible injuries from an atrocious bus accident. The accident was one of the worst things she had to endure, as an iron rod pierced her uterus, taking away her ability to have children, a handrail pierced  her back and came out through her pelvis, and parts of her body were broken and dislocated. Therefore, as mentioned in an article published by Medium and written by Wes Kelley, “Her horrible physical situation became her inspiration for her morbid and macabre paintings,” and that is what humankind does, finds ways to overcome pain and sorrow through artistic expression.

The whole world is going through a crisis right now, and while some have it worse than others, even the most fortunate will not be unscathed. According to an article published by Thrive Global, written by Mark Tim and titled “Great Mental Health Benefits of Art” the goal of art is for people to manage their behavior, acknowledge their emotions, limit stress, and reduce anxiety while also increasing their self-esteem. All the greatest and most famous artists have gone through great sorrow and pain, which made them create something original and something that belongs to them entirely. Everyone has a story to tell and these artists have been vulnerable to their emotions and experiences, which is what every person should be doing. Ignoring feelings and not allowing oneself to embrace their creativity and emotions, is not the answer during this pandemic, and during anything, they might be going through in their lives.

Listening to music is known to make people more creative and more productive, and especially during isolation, music can be the best company. Sketching briefly, when your mind fails to rest or stay silent, can also bring about tranquility. Painting with different colors and different mediums can awaken a part of your mind that will allow you to be more energetic and enthusiastic. In an interview conducted through a video call with a friend of mine, Stephanie Makri, expressed how her creative side is evolving while in quarantine as she is attempting to learn how to play guitar. She said, “I never thought I would learn to play a musical instrument,” and she expressed how “this whole situation allows you to dig deeper within your thoughts, so it’s not so much the extra time that allows you to do things, but the time you have to think things more, than you would in your normal routine.” She described it as a breath of fresh air and if she learns to play the guitar, she will one day have a story to tell in the future and remember how it was to attempt to be creative in the midst of a pandemic. Lastly, she explained how it’s never too late to try something new and that people should never be discouraged by their age, especially when it has to do with creativity.

Music is an extraordinary way for people to be creative and for them to productively pass their time when they’re quarantined and have to repeatedly live the same day over and over. Being stuck in the house for over a month means that you will end up doing the same things repeatedly, however, with music your usual routine can be altered. Musicians from all over the world, are livestreaming music on Instagram, YouTube, Facebook and on so many other platforms. For instance, according to Billboard in an article titled “Here are All the Livestreams & Virtual Concerts to Watch During Coronavirus Crisis” on May 21st Blake Shelton, Gwen Stefani, OneRepublic, Ellie Goulding and many others “are all ser to perform for this year’s Red Nose Day Special, which begins at 9pm on NBC”. Many different artists are using social media and TV to entertain the people that are spending weeks inside their home and these artists are aiding the psychology of thousands of people watching. Music is bringing people together, no matter where they are in the world, what their race, age or gender is and that is truly a magical thing to have in the midst of such a terrible pandemic.

There are so many things human beings can do to find peace, energy, or even passion, and shouldn’t be confined to only one thing. According to an article published by Earth Day, titled “Stressed out? Art can help us get through the coronavirus pandemic” neurobiologist Semir Zeki said that even just by looking at art a sense of joy can be brought up and even the “sensation of falling in love”. It can also relieve “mental exhaustion in the same way outdoors does- walking in nature, losing oneself in music, and admiring art directly influences health and life expectancy.”

Art can change your life in a positive way especially during a pandemic, where most people are quarantining and are on lockdown. If you’re feeling overwhelmed, fearful, or exhausted you should take a step back and acknowledge that we’re all in a tough spot right now and that you should take a breather to embrace your emotions and relieve them in artistic ways. Art is the escape we all need and have access to whether it is from a piece of paper and pencil, viewing art from our computer, writing, playing a musical instrument, or just listening to music. Take a break in your daily routine to embrace your creative side and your life will change for the better. You don’t have to go through this pandemic, or even the rest of your life, without some incentive, to get you through it. 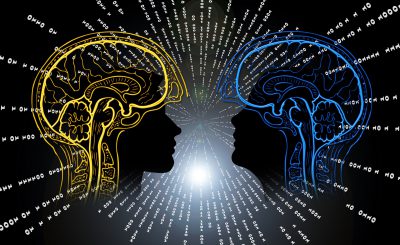