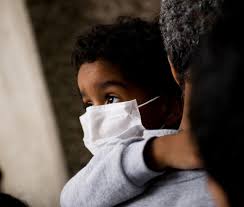 On September 29, the New York Times reported that the rate of COVID-19 positive tests grew to 3.25 percent. These rising cases caused certain schools to close and go fully remote until the rate went down. One of the schools was Steppingstone Day School, a private preschool located in zip code 11367, which has a large Orthodox Jewish community. Many Orthodox Jewish communities were turning into red zones, the Times reported, due to their lack of following social distance regulations and mask wearing. In October

Hilda, a parent with a daughter in preschool explained how the closure was affecting her.

“My daughter goes to school two or three times a week. When she is at school, I’m at work. The days she is home my mom takes off to stay with her,” Hilda said. “We all made our schedules revolve around her school days. Unexpectedly closing the school, [it] was tough to see who would watch her. I hope this doesn’t continue to happen but her teacher said it is most likely to happen often.”

Schools in the red zone stayed closed for two weeks. Restrictions then were lifted by the governor on these areas in Queens when the all red zones in the borough turned yellow– meaning the rate of COVID positive tests stayed under three percent for 10 consecutive days.

Khandker, who works at Steppingstone Day, expects closures will be common and families will suffer.

“I believe the schools will continue to close throughout the school year. Now that the winter is coming, people will confuse the flu for coronavirus and the rates will continue to go up, leading schools to close again,” Khahdker said. “It’s not fair for the children and the parents, schools should either be essential or remain closed.”

Governor Andrew Cuomo plans to hold back any funding for any schools located in zones that turn red, should they decide to stay open, according to the governor’s official website. The Center for Disease Control says schools should close if cases start in the school for decontamination and to contact trace.

“Having to do remote learning is tough,” said Noah, another parent of a student at Steppingstone Day. “I’m working from home, my son gets special services so when he is home. I am constantly getting him onto tele-therapy or a class session, while trying to do my own work and go into my own meetings. Sometimes my son misses a class because I’m working. I hope schools stay open and work on opening up more days.”

It is not yet clear whether this was, or is, a second wave of the virus, according to one New York Times article. “It’s hard to know without more time, epidemiologists said, but the data, so far, does not show a broad spread,” reported J. David Goodman in October.

Either way, this pandemic has been overwhelming to parents, who are hoping for some progress.

The holiday season is likely to raise even more cases, however, according to Dr. Scott Gottlieb, former commissioner of the Food and Drug Administration. “Travel and family gatherings will make Thanksgiving an ‘Inflection point,’ causing even higher spikes in corona virus cases than the record-breaking numbers now occurring in the United States,” the New York Times reported on November 3.

NY Project Hope, an organization designed to help New York parents cope, offers support through their website and a confidential helpline at 1-844-863-9314 and on their website https://nyprojecthope.org/ .