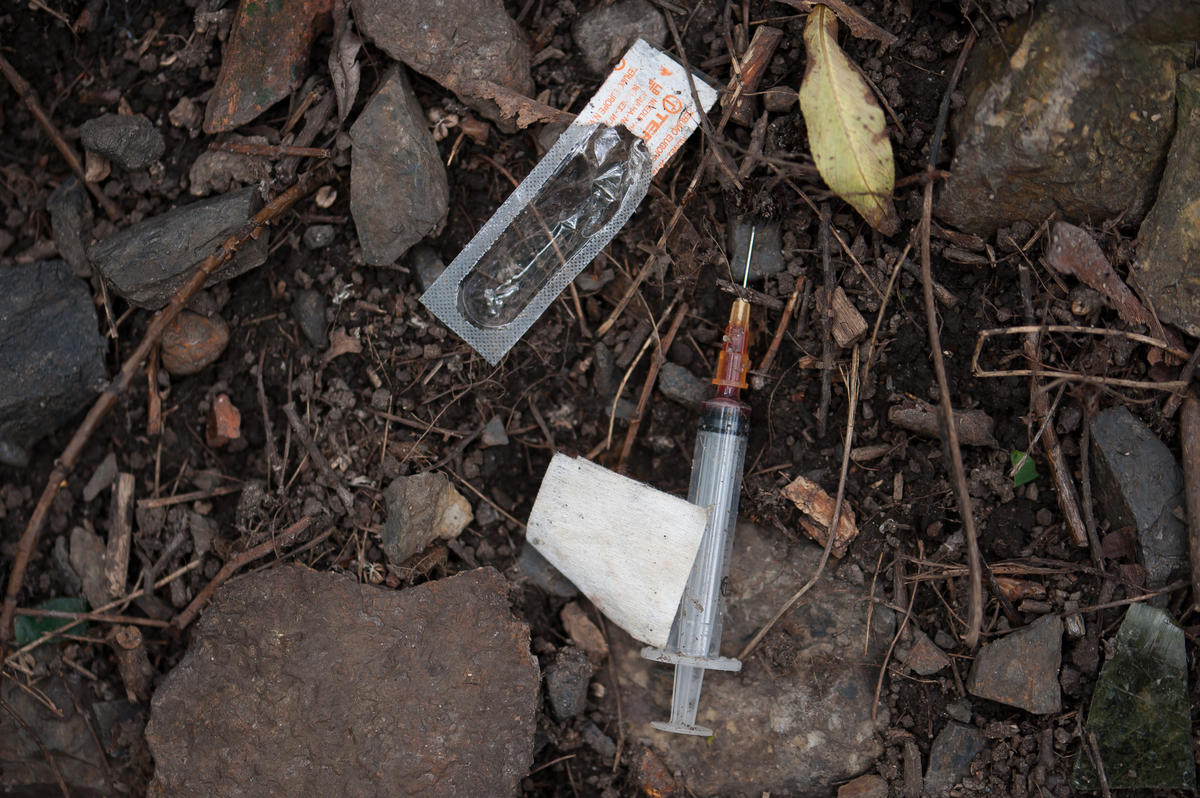 The deadly Corona virus has grabbed everyone’s attention these days, but there’s another epidemic that is constantly taking lives as we speak. There has been a significant increase in deaths from opioid overdoses in the last five years. Furthermore, during COVID-19, the number of drug overdoses have only risen.

According to the article, “America’s 8-Step program for Opioid Addiction” by the New York Times editorial board, “Drug overdoses, nearly two-thirds of them from prescription opioids, heroin and synthetic opioids, killed some 64,000 Americans last year [2016], over 20 percent more than in 2015.” Additionally, in the article “Fentanyl DrugFacts” from DrugAbuse.gov, “Synthetic opioids, including fentanyl, are now the most common drugs involved in drug overdose deaths in the United States. In 2017, 59 percent of opioid-related deaths involved fentanyl compared to 14.3 percent in 2010.” And the problem is still prevalent today. In The New York Times article titled “In Shadow of Pandemic, U.S. Drug Overdose Deaths Resurge to Record” by Josh Katz, Abby Goodnough and Margot Sanger-Katz, nearly 72,000 Americans died from drug overdoses in 2019 according to Centers for Disease Control and Prevention. There was an increase of 5 percent from 2018. It reduced the life expectancy for the United States.

The stigma for the opioid addiction could be what is keeping people from wanting to help resolve this problem. In the New York Times article, “Get Well or Die: A State Senator Reveals His Addiction Battle” by Luis Ferré-Sadurní, “Stigma is still the largest challenge that we face,” Mr. Harckham, 59, said in an interview this week in his legislative office. “It prevents people from coming into treatment. If we’re talking about ending stigma, people like myself have to speak up.”

A woman named Alanna who is 33 years old and a recovering addict struggled for years using crack and heroin until hitting rock bottom and subsequently sought help. She said, “I remember my dad’s friend had cancer and he had a huge bottle of opioids. I also would drink methadone sometimes from his fridge. I remember feeling really good when I would take about 8 perks [Percocet.] I was very protective over the bottle and wouldn’t share with anyone.”

Alanna was introduced to heroin by her boyfriend. At first, she refused heroin because she saw how bad his withdrawal was. But, one night it was her boyfriend’s birthday and she decided to try it. She said, “I loved it and didn’t think that it was addictive at the time because I didn’t feel hungover the next day. Then I started doing it every weekend. The first time I did it three days in a row, I felt so sick and my boyfriend said it was okay and gave me more heroin. The drug made me feel like it took away every problem in the world.”

The beginning of her end happened because she kept getting sick and her life started revolving around it. She said that she hated life and was depressed. Eventually, she left home and decided to live on the street. “I moved into ‘Tent City’ for about a month.” She said, “I became a missing person and no one in my family could find me. I reduced myself to an animalistic level and still just wanted to die. My boyfriend at the time found me and took me home. I was sick, so I left in hopes he had heroin.”

Later that day she was admitted to a hospital, “I found out the heroin was being cut and ‘something’ was in those bags. A guy about 20 years old, who was also just admitted, told me that he witnessed a guy shoot up and die right in front of him just a few hours ago. He said that the reason he came was because even though he saw the guy die, he still wanted to use from his bag.” She said, “I got off the streets just in time, everyone was dropping like flies.” Alanna is now clean and off everything for a little over 20 months.

Another woman named Cindy, 29, explains how she watched her cousin deal with drug addiction until he passed away in 2018. “I remember feeling so sick seeing my cousin like that, so that is why I never touched it. They put a lot of fentanyl especially today in all drugs. It’s like they [drug dealers] don’t even care about their customers, even though they say they do.” Fentanyl is a highly addicting and deadly drug that dealers cut other drugs with.

When Cindy learned that her cousin passed away, she called up her aunt to find out what happened. “She [her aunt] said he was found dead in a hotel by himself. His friends had left him there and the housekeeping staff found him. He was using heroin and drinking. The autopsy found that the cause of death was not heroin, but fentanyl.” According to Drugabuse.gov, “The number of deaths involving heroin in combination with synthetic narcotics has been increasing steadily since 2014 and shows that the increase in deaths involving heroin is driven by the use of fentanyl.”

The Covid-19 pandemic has affected drug overdose tremendously. According to an interview by the FDA called “The Opioid Epidemic and Covid-19,” because of the anxiety, grief, isolation, changes, and unstructured time, some people (specifically addicts) respond to these things by using drugs. The article states that, “AMA or the American Medical Association, caution that at least 30 states have reported increase in opioid fatalities since the start of the pandemic.”

This opioid epidemic is an ongoing issue and many people prefer not to acknowledge it because they do not know enough about drug addiction. “Opioid use disorder” is a medically diagnosed term, and being an addict is not something people choose. Some may say, “but they choose to pick up the drug and put it in their body.” That is a valid point, but not everyone gets a prescription of oxycodone and loves the feeling so much that they abuse it. It’s a chemical imbalance in someone’s brain to want more of the drug. Once the stigma ends, and people acknowledge drug addiction as a disorder like depression, which is uncurable, is when more people will want to get the help they need when dealing with drug addiction. To learn more about drug addiction or get help call 1-800-662-4357 or go to www.addictioncenter.com.