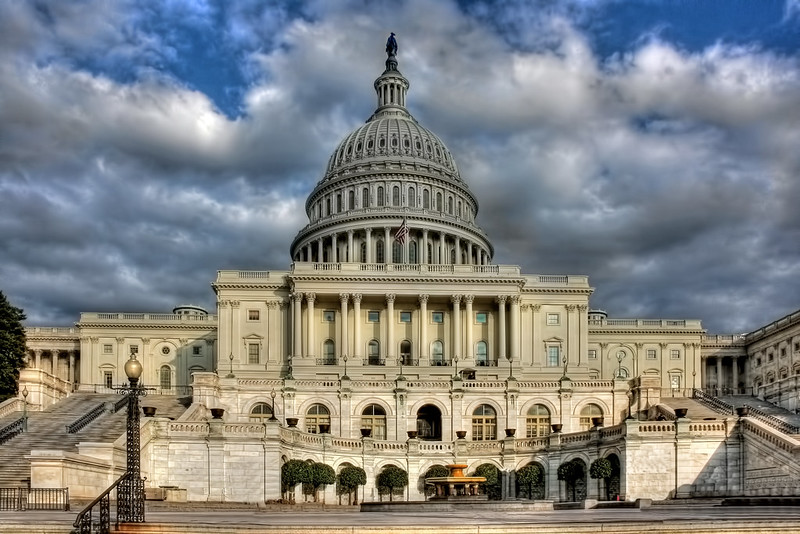 Many people are falling further into debt, so what is Congress waiting for?

“What do we do about rent?”

Many people ask this question when they suddenly lose their jobs and find their bank balances insufficient for the coming month, but despite the world suddenly falling apart in March, I did not expect to hear it in my own home.

My father was the main breadwinner of the family, a cashier in an upscale deli in Manhattan, but that job was no longer necessary due to the coronavirus shutdowns. He played it cool at first, but as we dipped into what little savings we had he would quietly mention that we don’t have much money left — and then it was all gone. He was not able to get his job back (nor did he qualify for unemployment benefits), and we resorted to local food banks and school meals for a few weeks while Congress debated what to give the “common folk.”

In the end they decided on a single check for $1200 and no more. It was not enough to make even one month’s rent, and by that point we were already two months behind. Even in December we are still struggling with our finances, but are wary of taking jobs that require human contact — and that is where the government would step in, if it had the people’s best interests at heart. Congress needs to stop playing games and work together on a plan that will keep people financially stable while we wait out the coronavirus, as their efforts so far are dangerously inadequate.

The first and only coronavirus stimulus package was passed on March 27, 2020, providing $2.2 trillion to the economy—$300 billion divided into $1200 checks to Americans, and the rest going to businesses and state and local governments. Many people discovered that receiving the money was not as simple as it appeared. To be eligible for a check, one must have a social security number, and had to have filed their taxes for either 2018 or 2019. Based on an individual’s reported income, that $1200 check could be reduced, but those with higher reported incomes and are now unemployed would only be able to receive their money in the form of next year’s tax return.

Unfortunately, $1200 does not last long, and in some states it does not even cover a single month of rent. For example, the median rental rate in NYC was $2221 in 2019, according to Zillow. Even with unemployment benefits factored in, $1200 a month is not nearly enough to survive in large cities without racking up a large amount of debt. “Nearly 12 million renters will owe an average of $5,850 in back rent and utilities by January […] Last month, 9 million renters said they were behind on rent, according to a Census Bureau survey,” Heather Long reports in an article for the Washington Post. Those who are still unemployed have already had their pandemic aid expire in July, and the rest of their benefits will expire by the end of the year unless Congress decides to extend them. The moratorium on evictions is also set to end soon, and it does not seem likely that people who have missed rent for the past few months will be able to pay it all back immediately. Landlords are being pressured to pay their bills as well, with no rent from tenants to fall back on.

Many people are falling further and further into debt, so what is Congress waiting for?

Congress is divided politically, with Democrats making up the majority of the House of Representatives and Republicans controlling the Senate. In order to pass a financial bill, both the House and the Senate must vote to approve it; however, because both parties have different goals in mind, it is difficult for them to come to an agreement on anything. Meanwhile, President Trump has gone back and forth on whether he wants a stimulus check to be distributed to Americans, depending on his mood, but Senate majority leader McConnell has refused to call a vote in the Senate at all, letting the bills already approved by the House sit on his desk for months. Meanwhile, he has proven himself capable of exercising his power swiftly when he wants to—the time between Ruth Bader Ginsburg’s passing and the confirmation of Amy Coney Barrett was 38 days, just in time for the presidential election. He could help the people if he wanted to, but it is clear that he does not care. What is infuriating is the posturing he does on social media, complaining about how the Democrats refuse to work with his party when he is the only one with the power to call a vote. He calls state and local funding a “blue-state bailout”, which is ironic considering red states are some of the hardest hit economically this year. He has also suggested that states who are struggling file for bankruptcy, which is not even legally possible yet. It appears McConnell will say just about anything to make the Democratic Party look bad, no matter how untrue it is.

There are flaws with the two-party system, and they have made themselves especially obvious this year. A major source of conflict between the two parties is what is being included in the next stimulus bill—Democrats are firm on providing state and local government financial aid, which Republicans are opposed to, and Republicans want to give businesses legal protection when their employees contract COVID-19 at work. Neither side wants to pass a bill without these clauses included, which means House and Senate are continuously deadlocked. Speaker Pelosi had promised to pass a stimulus deal for months, but she had also held off on agreeing to one until after the presidential election. While I agree that the Republican Party should not be allowed to take full credit for any stimulus deal, it does feel like both sides are playing a game of chess with people’s livelihoods with nothing to show for it.

Congress is still arguing over the next stimulus bill, although hope is dwindling for another round of checks. The newly proposed $908 billion plan does not mention personal payments at all, instead focusing on giving aid to businesses and extending pandemic unemployment benefits (FPUC). These benefits would be $300 weekly instead of $600, and retroactive only as far back as December or even January, which leaves at least five months unaccounted for. This is only aid for people who have been approved for unemployment benefits and does not account for every worker or student in the US. There is also no mention of debt forgiveness or rent relief.

President-elect Biden has spoken about future federal aid, urging for some sort of compromise between the two parties in order to pass a quick deal, but it may be too late by the time he gets sworn in on January 20th.

Senior economist Eric Winograd notes, “the politics of a divided Washington are going to make it very difficult to agree on much of anything. […] Republicans in the Senate seemed reluctant to pass more stimulus when there was a Republican president. They are likely to be even more reluctant with a Democratic one,” as reported by David J. Lynch for the Washington Post. With the GOP already dragging their feet on larger stimulus bills, it seems like their plan is to point at the lowered unemployment rates, several viable COVID-19 vaccines being ready for distribution by next year, and the huge federal debt they have built up during Trump’s presidency to argue for conservative spending when Biden is president—all while failing to address the rising household debt which was $14.4 trillion by the third quarter of 2020, according to a report by the Congressional Research Service. If the Republican Party is planning to wait out the coronavirus without any plan to address this debt, then it is yet another indication that partisan bickering is more important to these politicians than helping the people.

It is time for Congress to act instead of getting caught up in political mind games. People are tired and anxious about their futures right now. Even a single check would be a ray of hope for them, and the difference between life and death for some. Sacrificing lives for the economy is simply foolish and unnecessary. If we are supposed to be a first-world nation, the government needs to act like it. Let us feel some relief from the stress of this year and let us put food in our stomachs so that we may have the strength to tackle the next one.