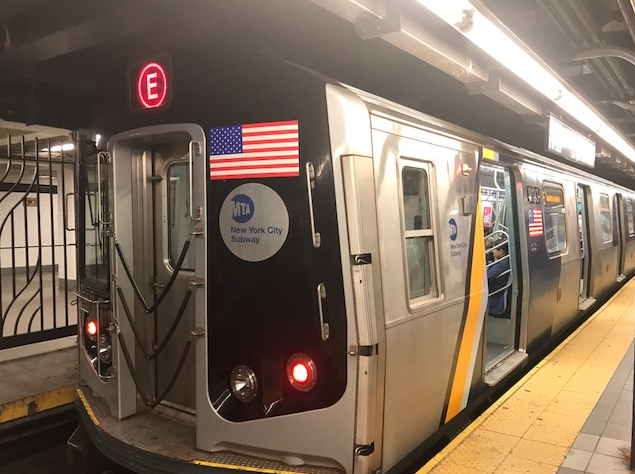 Subway crimes are increasing, and city residents feel unsafe. Many college students like us, professors, or people who work at the college may not be taking the subway due to COVID-19 and colleges being closed. Therefore, we are studying from home. Also, more crimes are being committed because less people are around on mass transit. According to Liz Crotty, from city limits news “In a time when less people are riding the subway due to the COVID-19 pandemic, crime is more likely to occur due to the lack of potential eyewitnesses and brave New Yorkers present as psychological and physical deterrents.” But before all this happens, many students and staff take the subway to go to college and work.

Regardless, when these pandemic passes, everything will return to normal, which means we will retake the subway. But with all the subway cases that are happening where people die, where they get robbed, or where people try to abuse women sexually are causing panic in our city residents. According to Amanda Rosa of The New York Times, “Police Department statistics show that the number of reported homicides, rapes, burglaries and robberies in the subway are higher this year than during the same period last year. Do you think we will feel safe retaking a bus or a train?

When asked about how safe he feels when taking the subway, Joharlin Lopez, a college student, said, “The reality is that today I feel less secure because there is not the necessary security for any situation or event. There are situations where people are attacked, and in some cases, people die by a knife or firearm from a simple body rose or misunderstood, among other things such as racism. Therefore, when the necessary help comes, it is already too late. And in some cases, problems like these are avoided by some brave citizens who help people to get out of the situation, but you will not always find that type of person.  In other words, I don’t feel safe. I believe NYC should implement a rapid response system and police at the stations.”

Rosa continues, “But those who rely on the subway to commute as the city reopens may have more to fear than the virus: There has been an uptick in violent crimes, including robberies and homicides.” It is incredible how right now; people are more afraid of taking the subway than the virus because they do not feel safe. The subway is essential transportation for college students and staff because it is how they get to their college and work. But now, with all the increase in crime, they can feel terrified. We should feel safe when going to work and studying. It is unjust that a person who is doing their best to have an education and work has to go through unpleasant situations on the subway.

According to Liz Crotty, from City Limits news, “In December, Ruth Leon-Villegas was waiting for a Manhattan train when a man pounced on top of her and threw her into a metal column, fracturing her neck, knocking her unconscious and sending her to the hospital. This attack was just one in a long succession of alarming subway crimes that occurred in 2020 — as the Transit Bureau reported that subway crime was up 34 percent from 2019, with robbery more than doubling.” We can see that the subway right now is not safe as it should be as a crime in 2020 increased 34 percent compared to 2019, which is relatively high—seeing cases like these causes incredible fear in our society. Furthermore, according to Amanda Rosa of The New York Times, “six people have been killed in the subway, compared with two up to this point in 2019, one in 2018 and none in 2017. After two rapes last year, five have been reported this year. Robberies have risen by 16 percent. There have been 22 burglaries this year, after five in the same period last year”.

Also, transit workers are being affected by all the crime that is happening on the subways. Amanda Rosa writes, “Transit workers, who have already lost many co-workers to the virus, have been mindful of their safety as well. Felony and misdemeanor assaults on transit workers have increased 57 percent so far this year, compared with last year.”

New York City should hire more police officers to help protect a transit system. The day that young college students and staff return to work and study, is the same day they should feel safe. Likewise, not only us but also all the people who take it can feel safe when riding the subway. We cannot go back on this issue. We must increase the police presence in our subways to better ensure the safety of our beautiful city. According to the City Limits news, Liz Crotty said, “Some may argue that hiring more police officers is a misuse of funds that should be put toward service enhancements, but public safety should always be our top priority.”