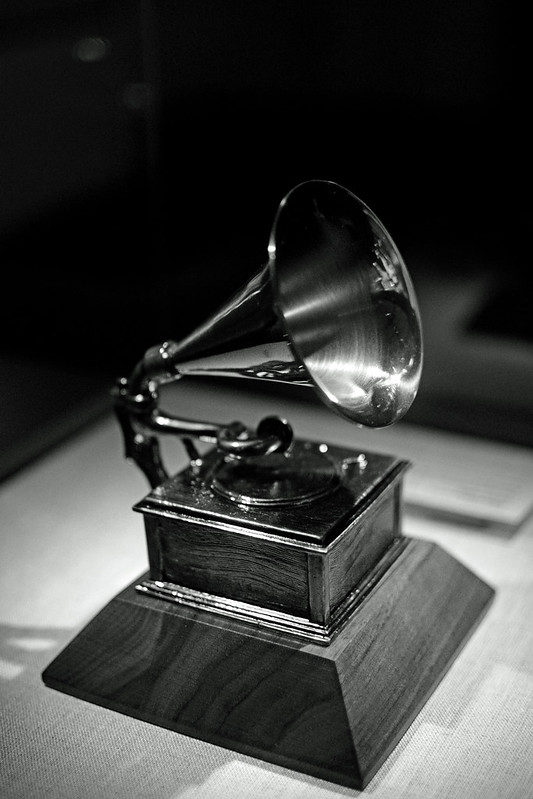 Record of the year, album of the year, song of the year, and best new artist. These categories of the Recording Academy’s Annual Grammy Awards are the categories to win and every year we anxiously wait to see which artist goes home triumphant. And every year, someone is bound to be robbed. Many say the biggest surprise of the evening was the lack of awards for budding Black, female artists like Doja Cat and Megan Thee Stallion. Circling this upset was fans discovering pop singer, The Weeknd, would not be nominated for any categories in the 64th Grammy Awards.

The Weeknd is becoming known for social statements through his music following the video release of “Blinding Lights” and his Super Bowl halftime performance. Music Critic for the New York Times, Ben Sisario, got a statement from The Weekend claiming he will no longer be allowing his label to submit his music to the Grammy Awards, “Because of the secret committees.” Sisario continues to point out the Weekend is amongst many admired Black Artists to boycott the Grammys such as Drake, Kanye West, and Frank Ocean. Perhaps the secret committees he’s speaking of are the ones you get little to no information about on The Grammy’s website. They lay out the selection process in stages, according to the “Special Nominating Committee” bullet-points, “In craft and other specialized categories, final nominations are determined by national nomination review committees comprised of voting members from all of The Academy’s Chapter cities.”

The furthest talk of Grammy’s boycotting dates back to 1989. New York Time’s culture reporter, Joe Coscarelli, recounts the event following Will and Jada Smith’s 2016 boycott of the Oscars after the Academy left out Black actors and directors two years in a row, “Mr. Smith was not there to collect the trophy after deciding with some of his hip-hop peers, including two other nominees in the category, not to show up because the inaugural rap performance award would not be televised. “We chose to boycott,” Mr. Smith said at the time, calling the snub a “slap in the face.” He added, “You go to school for 12 years, they give you your diploma, and they deny you that walk down the aisle.” Coscarelli adds comment from Jazzy Jeff as well, “In 1989 “to put it bluntly, a lot of the Grammy committee was 60-year-old white men that didn’t understand this brand-new genre,” Jazzy Jeff recalled in a recent interview.“ A counter-archive report on the racial bias at the Grammy’s from NYU says something very similar, “One major critique that has been brought up about the Oscars and other Academy based award shows is the people who are voting seem to be primarily older white men (91% white, 76% male).  Because these are the people who have been historically successful, they now hold the power to reward the industries new comers.”

In an article from 2018 with Refinery29, Sesali Bowen mentions more Black artists who have been “robbed” by the Grammy’s, “Jay-Z, 50 Cent, and Snoop Dogg have all made public statements about their disdain and disgust for the Grammys and its continued disrespect of their genre. Snoop has been nominated 17 times and never won a single golden gramophone. Out of 15 nominations, 50 Cent has only won one, and he refused to attend that year to accept it.” The trend of including Black Artists in nominations consecutively, without receiving awards is something viewers and Black artists are all too familiar with. When visiting the Grammy’s website once more you can see every artist’s history. A similar case arises with trailblazer for Women in Rap, Nicki Minaj, who has been nominated nine times, as far back as 2011, and has not yet been awarded. Maybe I’m biased as a Queens native, like Minaj and 50 Cent, but these are artists who have been running their respective genres a majority of my life.

It’s become increasingly clear the Grammy’s voting is skewed and favors certain genres that not so coincidently correspond with white skin. The Grammys profit off the work of Black asrtists and offer nothing in return, their Academy has clearly become out of touch… some will argue they have never been in touch. The prestige of a Grammy is that it’s not just simply a popularity contest, it’s Academy-based, but the constant popularity provided to them via Black artists and viewers is not being appreciated. To make a show of effort to ensure fair, ethical, and un-bias results in their awarding process the Recording Academy should listen to Black artists and their respective record companies instead of silencing them. The NYU Counter-archive report includes, “The narrative they [Grammys] set forward is that white excellence takes precedent over black excellence and that white culture is the most valid therefore most worthy of an award…These patterns were a direct result of a lack of representation and systematic, covert racism.” Not only should they deconstruct these patterns by taking time to listen to the Black artists they have tirelessly excluded, but they should create more categories and opportunities to celebrate and recognize Black excellence in the music industry.