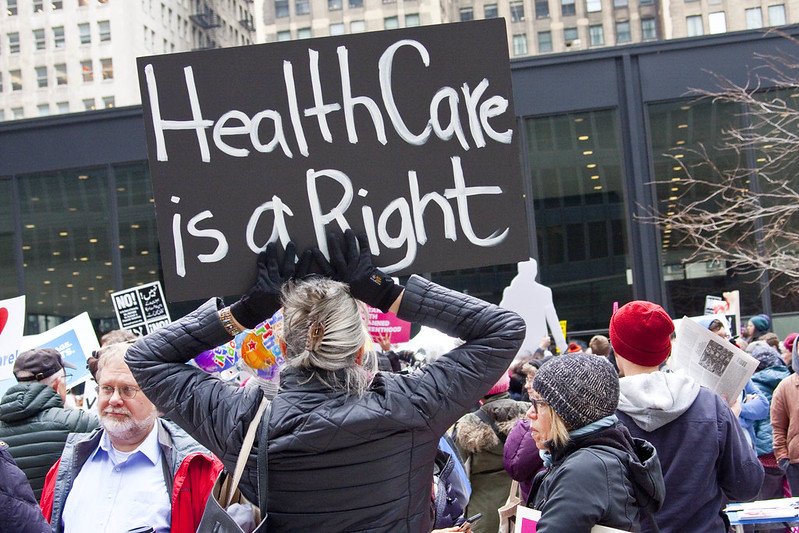 Health care is costly, and not everyone has good insurance or can afford medical services. Many people stop going to the doctor or get checkup for fear of the amount they will have to pay later. People in this country work day to day to survive and pay for their needs. Imagine also having to pay for medical services too, how hard it can be.

According to Wayne J. Riley from the National Center for Biotechnology Information (NCBI) “A plethora of data further emphasizes a major contributor to the problem of health disparities: the cost and access to many Americans for obtaining the medical care they require. Clear disparities exist in rates of health insurance coverage among black and Latino population groups. The consequences of being uninsured are significant and include use of fewer preventive services, poorer health outcomes, higher mortality and disability rates, lower annual earnings because of sickness and disease, and the advanced stage of illness.”

Furthermore, according to the University of Minnesota Libraries, “Their lack of health insurance has deadly consequences because they are less likely to receive preventive health care and care for various conditions and illnesses. For example, because uninsured Americans are less likely than those with private insurance to receive cancer screenings, they are more likely to be diagnosed with more advanced cancer rather than an earlier stage of cancer. It is estimated that 45,000 people die each year because they do not have health insurance”.

Christina Lopez, a young woman who does not have adequate insurance, expressed her frustration saying, “Sometimes they don’t give me the desire to do a checkup since my insurance does not cover all my medical expenses. Sometimes I get home and receive a bill of up to 1,000 dollars, which affects me a lot because it is difficult to pay that amount. It takes time since my income is not too high, and I have more personal spending.”

According to the University of Minnesota Libraries, “Although 29 percent of Americans do have public insurance, this percentage and the coverage provided by this insurance do not begin to match the coverage enjoyed by the rest of the industrial world. Although Medicare pays some medical costs for the elderly, we saw that its coverage is hardly adequate, as many people must pay hundreds or even thousands of dollars in premiums, deductibles, coinsurance, and copayments.”

The health system in the United States shows that it is not usually perfect when it comes to providing good insurance or financial assistance because many people sometimes have to pay out of pocket to cover medical expenses, which makes many people stop seeking medical help. It should be a little more accessible since we are talking about the health of our citizens. Having healthy citizens should be a priority.