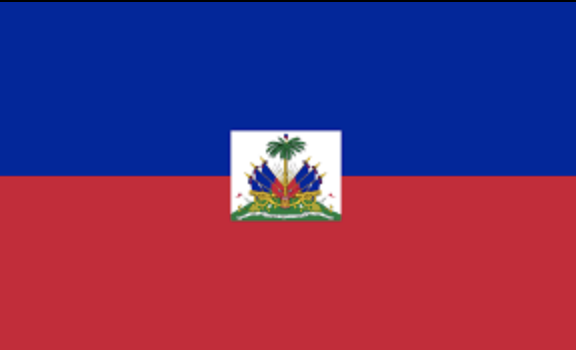 An expansion of Haitian Flag Day celebration, Haitian Heritage Month is a celebration of Haitian culture and history celebrated in Haiti and among the American diaspora every year since the late 1990s. Being the daughter of two Haitian parents, I grew up knowing how festive the month of May can be in Haiti. During May, Haitians from all places celebrate and commemorate some of their historical dates, and share their cultural traditions with the world passing them to future generations. According to Haitian American Collaborative, what started in the early 1990s as a one-day celebration of the Haitian Flag Day in some United States countries, like Boston, Connecticut, and Florida, become a month of celebration. Since the first official all month celebration in Boston in 1998 more States in the U.S did the same, now it expended to most areas with a Haitian community.

The Haitian community of Palm Beach County, Florida, started the celebration in 2001 and contributed to making Heritage Month first a statewide celebration then a national celebration in the United States. Although the bill introduces to the United States House of Representatives by South Florida congressman Kendrick B. Meek, in 2004 and 2006, recognizing the month of May as Haitian-American Heritage Month was unsuccessful. Haitians around the U.S still celebrated during this month. According to Lunionsuite.com, ¨Since 1998, several governors, members of state senates and houses of representatives, mayors, and city councilors have issued annual citations and proclamations, recognizing the Haitian Heritage Month celebration in their states or cities.” Even without National recognition, Haitian find a way to continue the celebration keeping it alive, sharing their history and culture.

Haitian Flag day celebration is the first reason for the Haitian Heritage Month celebration in this community. Flag Day started in Haiti in the 1930s by President Dumarsais Estimé when he was minister of education in Haiti. President Estimé wanted to commemorate the date the Haitian Flag was, created. He made this date a day of knowledge, patriotic sentiment, and celebration among Haitians, especially the youth. Every year on May 18, they would be parades, cultural and athletic events in most cities in Haiti. Cap-Haitian is one of the well-known cities in Haiti that has one of the biggest parades on that date. I remember my parents taking my sister and me to the parade every year. It was one of those days that everyone could get to getter and celebrate our union, to be one in the street, laughing, and singing. The streets were decorated in blue and red, the colors of the flag. After many months of preparation from the schools, fanfares, and city organizations, this was the most beautiful and patriotic festivity in Haiti.

Although Haitian Heritage month is an expansion of Haitian Flag day, May carries many historical and cultural traditions that make this month more and more historical. In Haiti, in May, first, they celebrate Labor and Agricultural day. On this day, everyone dresses traditionally and participates in many fairs which focused on traditional food, art and music. May 2 used to be flowers day. May 12 is Nurses day, the Haitian community, celebrates and gives thanks to the nurses for their hard work during that day. The Congress of Arcahaie that united black and mulatto officers to fight for Haiti’s independence is, remembered, from May 15 through 18. Haitians celebrate and remember the Haitian slave and revolutionary, Toussaint Louverture, on May 20, the day he was born. Teacher´s day is on May 17 and University Day the day after. On the last Sunday of May, Haitians celebrate the mothers. Finally, throughout May, Haitian Catholics recognize this month as the month of Mary, the mother of Jesus.

May is a month full of historical and cultural events. Haitians take it as their duty to remind the world of them and teach the next generation in other for them to keep and know their history, their culture and be proud of who they are where they come. Has the daughter of two proud Haitian parents, I could not have been prouder to be part of this culture and share it with you.

If you are in Florida this month, you should go to Little Haiti Cultural Center. They have many events that could give you more knowledge of Haitian culture. There is more information at www.caribbeannationalweekly.com. However, if you are in New York, Haiti Culture Exchange has many events in celebration of Heritage Month. Find all the details here (https://haiticulturalx.org/). Join them! The music and art will be incredible.