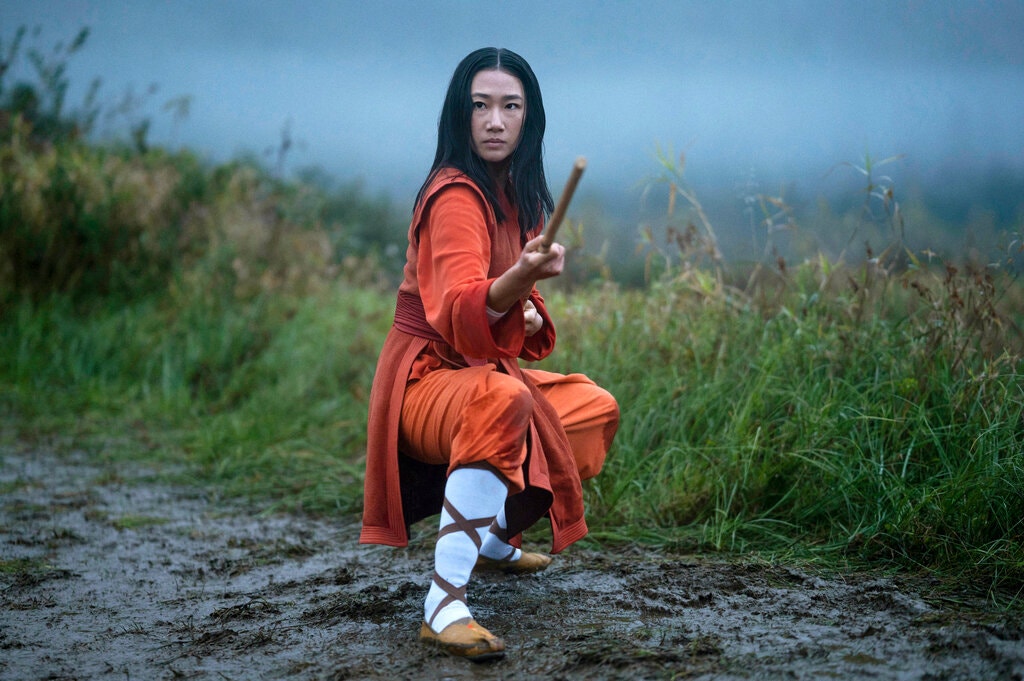 “Kung Fu” is coming back to the community network with a new version premiered on The CW. Approximately a half-century ago, David Carradine (an American actor) rose to fame as an enigmatic, half-Chinese Shaolin monk in the Wild West. However, this time has the gender-flipped reboot, which will feature an Asian-American cast, Olivia Liang, correcting the wrongs of the early 1970s series.

In 1971, just before performing in the high-octane films that made Bruce Lee, a Chinese-American martial artist, became internationally famous, he looked for an eight-page treatment for a new drama series named “The Warrior.” The television show is about a Chinese martial artist who travels over America’s Old West. Warner Bros. executives to pass on Bruce Lee’s pitch, which he believed that American audiences would not watch an Asian lead on a show. The next following year, Warner Bros. debuted “Kung Fu” on ABC News, a similar television show with David Carradine in the lead role.

The show’s creator, Ed Speilman, had claimed that writing the script was based on ten years of personal research that involves Chinese language studies at Brooklyn College. Lee’s widow, Linda Lee Cadwell, has claimed that “Kung Fu” is a new version of “The Warrior.” Lee’s daughter, Shannon Lee, partnered with Justin Lin, the director, to produce “The Warrior” and was launched in 2019 on Cinemax. “Kung Fu” has three seasons from 1972 to 1975 and still a fixture in syndication, presenting Western audiences to the cross-cultural power of martial arts.

After Warner Bros. asked Christina M. Kim, an American television writer, to lead a reboot of “Kung Fu,” she agreed and created a series with a dramatic departure from the original. The modern-day adaptation tells Nicky Shen’s story (Olivia Liang’s role), a young Chinese-American woman. She dropped out of college and went to a monastery in China, where she endured intensive martial-arts training. Afterward, she returns to find San Francisco overrun with corruption, crime, and her parents Jin and Mei-Li (casts: Tzi Ma and Kheng Hua Tan) organized crime group. Nicky uses her fighting skills to protect her hometown. At the same time, she is searching for the ruthless assassin who murdered her Shaolin mentor.

The show comes amid an alarming spike in anti-Asian racism and delivering its focus on Asian-Americans who are victimized and fight back. During a press event, Christina Kim had said that the show is not the solution but hope to be part of the solution. She also said that a show like this makes them part of the narrative, hinting after the shooting in Atlanta and the time of increasing violence against Asian-Americans. When Kim started writing the first episode of the series in late 2019, she wanted to emphasize the unique dynamic within an intergenerational Chinese-American family. She needed two components: an attractive and athletic actress to handle the emotional and physical demands of the role.

Tzi Ma’s career has been spanning four decades and more than 140 credits across film, theater, and television. Therefore, Ma has made the reputation of being “Hollywood’s go-to Asian dad.” In spite, Ma does not have anything children of his own; today, he is 58 and has the father figure of Hollywood talent. It includes his roles in “The Farewell,” “Meditation Park,” and his most recent role in Disney’s live-action adaptation of “Mulan.” The actor was born in Hong Kong and raised on Staten Island. Tzi Ma found a musical theater in junior high and wanted to be accepted after having regular fights with his fellow students over his race. In the late 1970s, Ma began his career on the theater scene in New York. He also worked and studied with the godfather of Asian-American theater, Mako Iwamatsu, and the playwright, David Henry Hwang.

Tzi Ma journeyed to Orange County, California, during the 1988 writer’s strike to cast in the playwright Eric Overmyer’s “In Perpetuity Throughout the Universe.” Over the four-week run of the play, he was discovered by producers, which he began his film career on the West Coast. Throughout Ma’s productive career, he has been a leading advocate for Asian-American representation in Hollywood, rejecting to take roles that he considers stereotypes about Asians. The actor has the courage to refuse jobs that he does not want to do, and nobody can force him.

Christina Kim met Tzi Ma at a Lunar Year gathering and immediately wants him to be the cast in the reboot of “Kung Fu” and since Ma is so well-respected in the community. As Kim and the other executive producers: Martin Gero, Greg Berlanti, and Sarah Schechter, began to auditioned actors from all over the world to play the role of Nicky, none were approved in the screen test until they saw Olivia Liang. She received an email saying that she was approved for her role as Nicky. Although the actress had no martial arts training, Kim and Robert Berens, a showrunner, claimed that she has charisma and athleticism, which is a perfect role for the reboot of “Kung Fu.” They were looking for someone who is mentally and physically capable of fighting the enemies in the show.

In March 2020, when the pandemic came, the production on the pilot episode had to be shut down. However, Kim could set a sizzle reel compelling to convince The CW executives to greenlight a 13-episode first season. The cast is conscious of the importance of this multigenerational show during this time of Asian hate crimes. They do not intend to frame this show as a solution to racist violence. However, they note that the relative lack of Asian actors in conventional entertainment has led to cultural invisibility.

According to Max Gao in The New York Times writes, “‘Kung Fu’ will become part of the slight but steady advances that Hollywood has recently seen in Asian representation onscreen.” The series represents a strong Asian lead and the portrayal of who they are. This reboot will make the Asian community proud and brings the cultural element to get a deeper understanding of Asian culture.