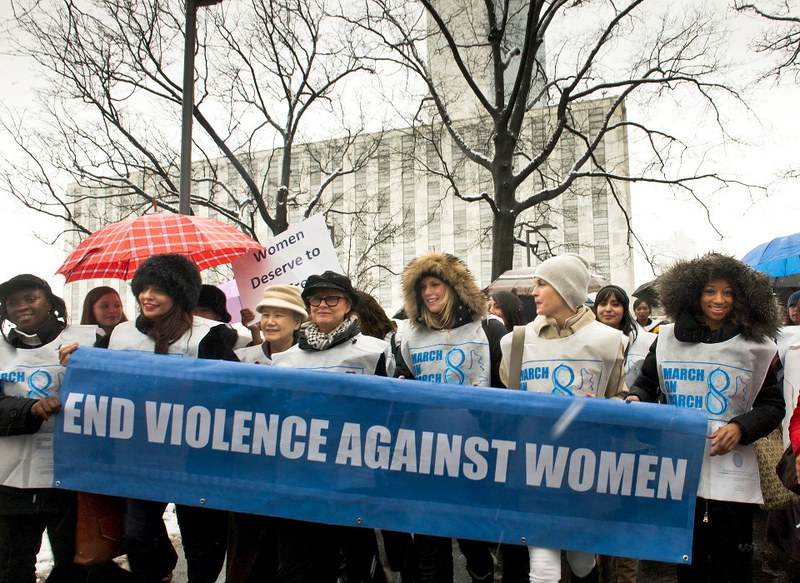 Women have the right to live and work in a safe and discrimination-free environment just as a man. As many of us already know sexual harassment is known as one of the most unwelcomed behaviors when it comes to gender, especially females.

As a part of this world, especially as a woman, it has been dangerous time. Every time we scroll through social media, we find that our society is acting in unrecognizable ways. How many times have we seen a post where someone is abused and we chose to ignore it because we don’t know that someone, or because it’s none of our business? When a woman steps out of her house, she shouldn’t be questioning herself about if she is going to make it home safe, alive, or not, and most importantly if she’s dressed appropriately to step outside or not. Is there a real reason why it keeps happening? Is there something more to it?

From my perspective as a young woman, it concerns me about the growth in the rate of crimes related to violence against women. For some international organizations, it is called “gender violence” which broadens the spectrum and encompasses not only the verbal but physical and legal, social, or labor aggressions of which we can be victims due to the fact of being a woman.

On the other hand, feminist movements which have a similar agenda, promote marches, and hold demonstrations in front of public buildings and churches, defecating, proffering insults, and even setting fire to Catholic churches so the chants of “You are the rapist, “Kill all males.” These are not manifestations that most women identify with. The fact is that this type of disturbance of public order, and the composition of two musical pieces used as war hymns, and the laws passed, supposedly in favor of women, have no real effect on solving problems.

According to an article from Chicago Tribune by EFE, A Spanish international news agency, 77% of these abuse cases haven’t been reported to the police due to the inability to speak the native language. But also, in most cases, they are being attacked because of their migratory status. The prosecutor, Mayerling Rivera, mentioned how people shouldn’t be afraid to speak up about their situations because there’s plenty of help that it’s been provided for the ones who are going through these conditions.

In an interview with a QCC, a female student who chooses to remain anonymous said, “I can’t go out and wear what I like because I am scared of what can happen to me,” the student said while explaining her reality and what she faces every day while taking the bus to go to school. “Living in a Hispanic area has been a very uncomfortable experience.” As a Hispanic, she recognizes that sexual abuse in women has turned into something of a daily basis. Women must be constantly aware of who’s around to be safe where she wants to go. The student mentioned the only way she feels safe is by herself.  She said, “There’s plenty of women who must feel like this but don’t talk about it.”

The perfect solution that will eliminate abuse does not exist but some efforts are a way to let other people know what is right and what is wrong. Also, publicizing the integration of gender, and sexual diversity perspectives in health, justice, and education institutions which reduce violence and raise awareness of services assist women who are already victims of violence.