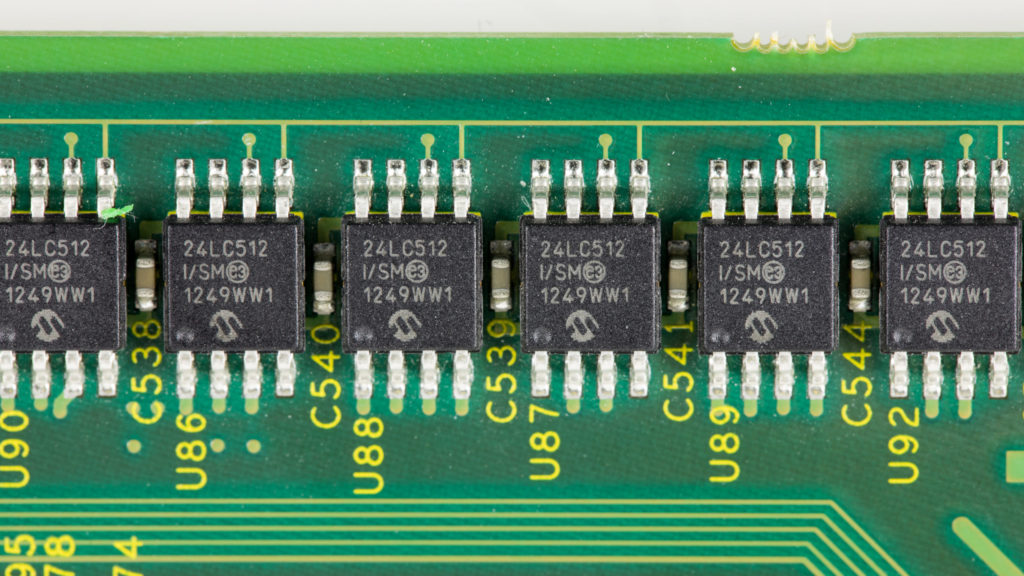 Today, almost everything we use has a computer chip. Our cellphones, our TVs, cars, refrigerators, toasters, watches and clocks, video game systems, laptops, and sometimes even our lights have computer chips in them. The demand on technology in our lives has become immense. So much so that we are currently having a chip shortage making it harder and harder to get things we need and the things we want when we want them. Anyone currently looking to purchase a PS5 right now will know it’s been out of stock for months. If you’ve been looking for a new car, you’ll find the same thing. Chips are in high demand and short supply.

Although the chip shortage feels like a relatively new thing, this is an issue that has been steadily growing since 2016 with the advancements of technology, and Donald Trump becoming President. In June of 2016, Taiwan Semiconductor Manufacturing Company (TSMC) began production on a memory chip using a 7nm process called N7. This process was so advanced that companies like Samsung didn’t catch up till 2018 and US manufacturers like Intel have still yet to replicate the process with success.

In 2018, a Chinese based company by the name of Huawei released their first 7nm chip beating Intel and Apple to the punch. With TSMC so far ahead of the competition, with no signs of slowing down, and the Chinese based Huawei surpassing all US chipmakers, every other company had no choice but to outsource their manufacturing to other companies. As of November of 2021, companies like Apple, Intel, Qualcomm, AMD, and Nvidia all use TSMC as their chip manufacturer. TSMC was able to leapfrog all competitors because they solely focused on manufacturing, while companies like Apple, Intel, Samsung, and Qualcomm are focused on research and development (R&D), marketing and consumer products. So how did Huawei catch up so quickly while everyone else fell behind? The answer to that question is simple, government funding.

Chip manufacturing in some ways became the new arms race. In the past, countries and governments use to flash weapons of war and destruction to show their superiority. Today, they do this with technology. China was pouring billions of dollars into Huawei. According to Chuin-Wep Yap of the Wall Street Journal, “Between 1998 and 2019, Beijing gave Huawei as much as $75 billion in tax breaks, loans, credits, and other financing.” Within that time frame Huawei didn’t only catch up to big tech companies, but as reported by Bloomberg News on July 31,, 2018, “Huawei Technologies pulled ahead of Apple Inc. to claim the No.2 spot in global smartphone shipments.” An accomplishment that big did not go unnoticed and it caught the attention of one man in particular, our President at the time, Donald Trump.

Donald Trump and his “Make America Great Again” campaign has always been about sticking it to China and every other country that is not the United States. With technology being the new arms race, and Trumps narcissistic nature for “being the best,” it was a hard pill for him to swallow watching a Chinese company pull ahead of all our US based tech companies in only a few years. On March 12, 2018, as reported by the New York Times, Trump blocked Singapore based Broadcom from purchasing US based Qualcomm for $117 Billion, citing national security concerns, blocking what would have been the largest tech deal in history. This set the tone for what was to come with Trump and his long-lasting effects on the tech industry.

On May 15, 2019, Trump signed an executive order to block Chinese telecom companies from selling equipment in the US. The same day, the commerce department creating an “Entities List” with Huawei and 70 of their affiliates on it, essentially blacklisting anyone on the list from purchasing parts and components from US companies without government approval. Trumps trade wars with China escalating by the day with different tariffs, sanctions, and executive orders, compiled with his concerns for national security (aka the economy), there was a disaster on the horizon that we didn’t see coming. All of this would be exacerbated by the titanic circumstances of the pandemic.

Chip manufacturing is a globally collaborative effort. Intellectual properties, supplies, materials, and designs are spread all over the world. Something as simple as your iPhone can have parts, supplies and IP from dozens of countries. The pandemic changes how we did everything. Some companies shut down, and some companies slowed down. But technology companies, with how we were forced to rely on technology so heavily, technology companies flourished. So much so that the demand far exceeded the dwindling supplies. Without the pandemic, things were already starting to look bad. Crank up the dependence on technology with the pandemic and you have a disaster.

With everything that is going on, with everything that is happening, the pandemic magnifies it all. Technology wars, trade wars, national security risks, egos, and economics, all add up to where we are now. With all these companies failing to catch up with the manufacturing process and outsourcing to TSMC, the US unable to do business with most chip manufacturers in China, and the pandemic increasing our dependency and need for technology, it’s no wonder we have a chip shortage. We will be dealing with this chip shortage for a while. TSMC has expanded its efforts to build new factories in Arizona and Japan by late 2024, with the promise of 5-6 more factories in Arizona withing the next 10 years. Until then, for the everyday person, everything that we use today will be in short supply and hard to come by. For those of us in the tech industry, stock industry, economists, students, journalists, and those on the political scene, I urge you to pay attention to all these small little things. What is happening now is more important than what’s on the surface.