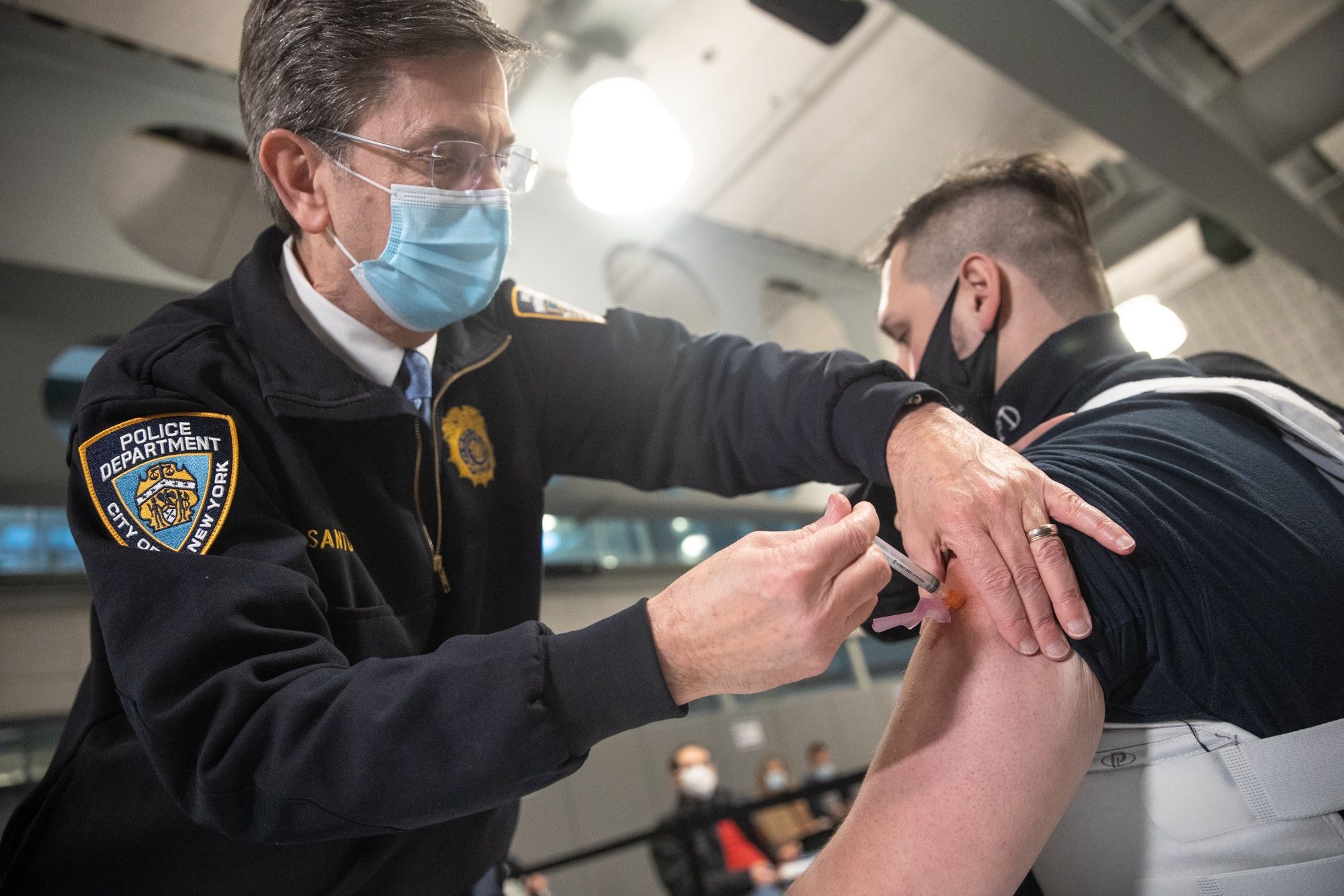 New York’s vaccine mandate is a total jab to the face for many city workers.

The deadline for New York workers to receive their vaccine dose was Friday, October 29. Many city employees have refused get vaccinated and on Monday, November 1st, an estimate of 9,000 municipal workers found themselves on unpaid leave after failing to comply with the mandate and getting vaccinated in time of the deadline, according to mayor Bill de Blasio.

New York City’s fire department is no exception to vaccination defiance; roughly 2,300 members of the fire department did not show up to work on the 1st under the excuse that they were “sick.” The people who take the biggest hit from this are the civilians. With a smaller number of firefighters at work, there is now a smaller number of first responders available. FDNY commissioner Daniel Nigro put the workers on blast, claiming that they had plenty of time to get vaccinated. He strongly urged for any firefighter who has yet to get vaccinated to take the jab. Mayor de Blasio assures that any firefighter abusing medical leave in protest of the mandate will face repercussions. “When a city employee fakes it and puts other people’s lives in danger, that’s a serious thing and there are going to be consequences for that,” said the mayor at a news conference.

The Department of Sanitation has also seen a hit following the vaccination deadline. Piles of trash have been left untouched in many streets in New York; Brooklyn and Staten Island have been at the brunt of this the most. Staten Island residents have complained that their scheduled pick-ups have not taken place. Many vaccinated workers have had to pick up the slack for those who did not show up to work. The department’s press secretary Vincent Gregani assured to CNN in a November 1 piece that sanitation services will continue as planned. He also added, “Our sanitation workers were moved to 12-hour shifts last Thursday, and they will continue with those shifts to keep our city streets clean and safe. They will also be working Sundays, as needed, including yesterday.” As of Monday, November 1, about 83% of sanitation workers were vaccinated. This was a sharp jump from the 62% that were vaccinated in October. The mandate has made most comply, but there is still a considerable amount of sanitation workers who do not want to get vaccinated and are now inconveniencing not only the sanitation department, but also residents whose trash remains at their curb. Any sanitation worker who still refuses to take the vaccine are now placed on unpaid leave.

Perhaps what many consider the most egregious, many New York healthcare workers have refused to take the vaccine as well. In August, former New York governor Andrew Cuomo announced that healthcare workers were required to receive their first dose by September 27. In the days leading up to the deadline, 92% of New York’s nursing home and hospital workers got vaccinated. While percentage paints an optimistic image, many healthcare facilities still suffered a shortage in staff because of employees who refused to get vaccinated. This was not unforeseen; many facilities already hired volunteers and moved around staff to cover shifts in preparation for staff loss.

Vaccination resistance in the workplace can lead to inconveniences at best and be downright dangerous at worst. The pandemic has taught millions how essential many workers are, and we are now witnessing the results of many essential workers not wanting to go into work due to being unwilling to take something that takes a very short amount of time to receive. Many essential municipal workers not going to work has led to inconveniences like not having your trash picked up or scary situations where there are not enough hospital staff to look after patients.