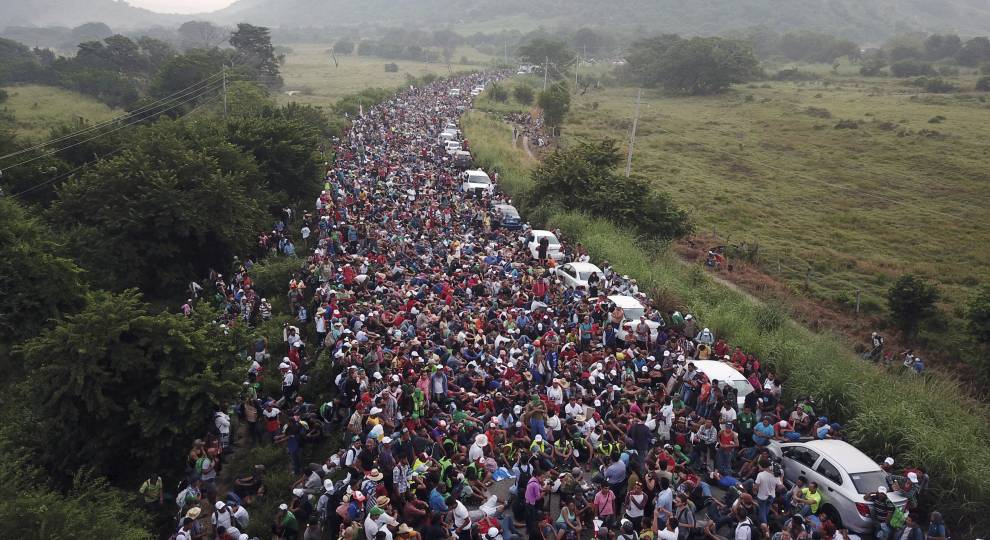 Since the 2010 devastating earthquake, many Haitians migrated to South and Central America, where many resided and supported their family economically. But now that things are difficult in those countries because of the COVID-19 pandemic, plus all the tragedies happening in their homeland, thousands of them have decided to migrate to the United States southern border.

Haiti has been long plagued with tragedies and long history of corruption. But since the COVID-19 pandemic,things have got worse for Haitians. This past July, Haiti President Jovenel Moise was assassinated, causing despair in the country. Then, in August a powerful 7.2 magnitude earthquake hit Haiti, causing the death of around 2,240 people and 12,000 left with injuries, leaving the country with an urgency of medical aid, food, and sanitation assistance. As if it was not enough, a few days after the tropical storm Grace struck the country causing additional damages a forced thousands of Haitian migrants to embark on a journey to the US southern border seeking refuge and asylum, accompanied by those who leave the country time before.

Most of the migrants travel through many countries in South America, Central America, and Mexico. While crossing these countries they face death, robbery, and violence putting their life at risk. All of them have the same purpose, to give a better life to their family, and flee poverty. “We left our families hungry in Haiti to go and look for work and a good life”, Antoine ,a Haitian migrant said to a CNN reporter.

By September there were around 10,000 migrants at the southern border where many of them were Haitians. While waiting to be accepted in the country and see an immigration judge they encamp along the Del Rio InternationalBridge in Texas. But, instead of finding shelter and help from the United States government, they have been sent back to Haiti. The United States government has already expelled around 4,000 Haitian migrants in the last two weeks ofSeptember, this includes kids, women, and men, and still sending migrants back every day. “Some of them, they don’t have any contacts anymore with their families, or they live in areas that are now no longer accessible because of the earthquake or the gangs”, Said Giuseppe Loprete, Haiti mission chief for the International Organization for Migration.

These migrants have been expelled from the United States without a chance to see a judge and seek asylum, due to the federal health law Title 42, which denies migrants the opportunity to apply for asylum, which had received several critics to be inhumane. Ralph P. Chevry, a board member of the Haiti Center for Socio-Economic Policy in Port-au-Prince said, “I understand that the U.S. needs to protect its borders, but the way Haiti is right now, this is thelast place to send anyone. The Central Bank has no money left.”

However, some Haitian migrants have been released into the country with a notice to appear at an ICE office within 60 days of been freed. Mackenson Veillard a Haitian migrant released with his pregnant wife by immigration authorities said, “I felt so stressed, but now, I feel better. It’s like I’m starting a new life.” But not all of them have the same luck, some are still waiting at the border to be released or sent back to Haiti.