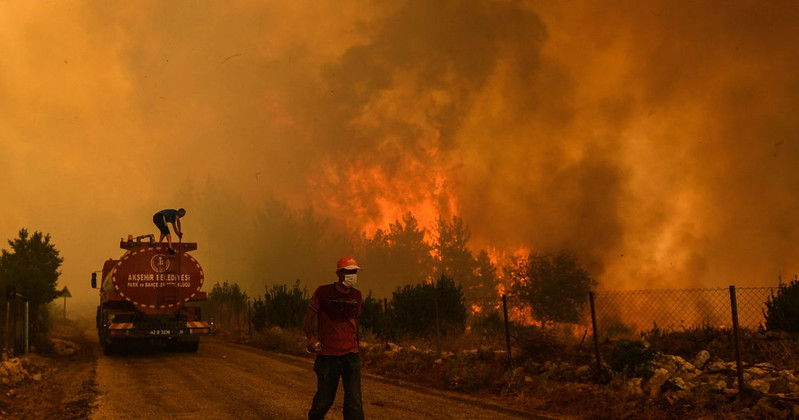 The ongoing wildfires in California are very extreme and are causing large scale evacuations and loss. The Zogg fire that sparked in Northern California last year left four people dead and lots of destruction. At the time of the fire, Jimmy Zanotelli, a public information officer with the Shasta County Sheriff’s Department stated, “As of right now there’s zero containment” to The New York Times. The fire spread very quickly and burned more than fifty-six thousand acres of land. The question that most people asked and tried to find an answer to is what started this fire?

The Zogg fire started on September 27th, 2020, when a pine tree fell on the Pacific Gas and Electric (PG&E) company power line. As a result, California was covered in smoke for weeks. PG&E were told to remove that exact pine tree a couple of years before the fire, but they did not. Jake Epstein, reporter of Business Insider states, “The company didn’t remove the tree, even though it had been marked to be taken down two years earlier, the Associated Press reported.”

PG&E was revealed to be the cause of the Zogg wildfire. In an article by Alexandra Meeks for CNN, the district attorney for Shasta County in California stated, “Criminal charges will be filed against the Pacific Gas and Electric Company in connection with Zogg Fire, which killed four people and damaged numerous homes and structures.” Criminal charges were filed against PG&E and the district attorney’s office determined the decision.

On Friday September 24, 2021, PG&E was charged with manslaughter. The company was charged with thirty-one counts including eleven felonies. Shasta County District Attorney Stephanie Bridgett announced that the company’s “failure was reckless and criminally negligent, and it resulted in the death of four people” on NPR. The company pleaded guilty, and this wasn’t their first time as they “pleaded guilty to 84 counts of involuntary manslaughter” in June 2020, according to CNN. The prior plea was from starting the Camp Fire, which according to Daniel Trotta from Reuters, “wiped out the town of Paradise.”

Shasta County District Attorney Stephanie Bridgett announced the consequences of the company. Bridgett stated to NPR that since PG&E is a corporation, they “can’t go to jail, so we’re talking fines, fees, the ability for the court to order remedial and corrective measures.” The punishment primarily is that the company must pay a fine for each person killed in the Zogg Fire. Although money won’t bring back what was taken or heal the hearts of those who lost this is the consequences that the company must pay. PG&E is responsible death and the destruction of hundreds of homes. Thankfully the company owns up to it and takes responsibility for their mistakes.