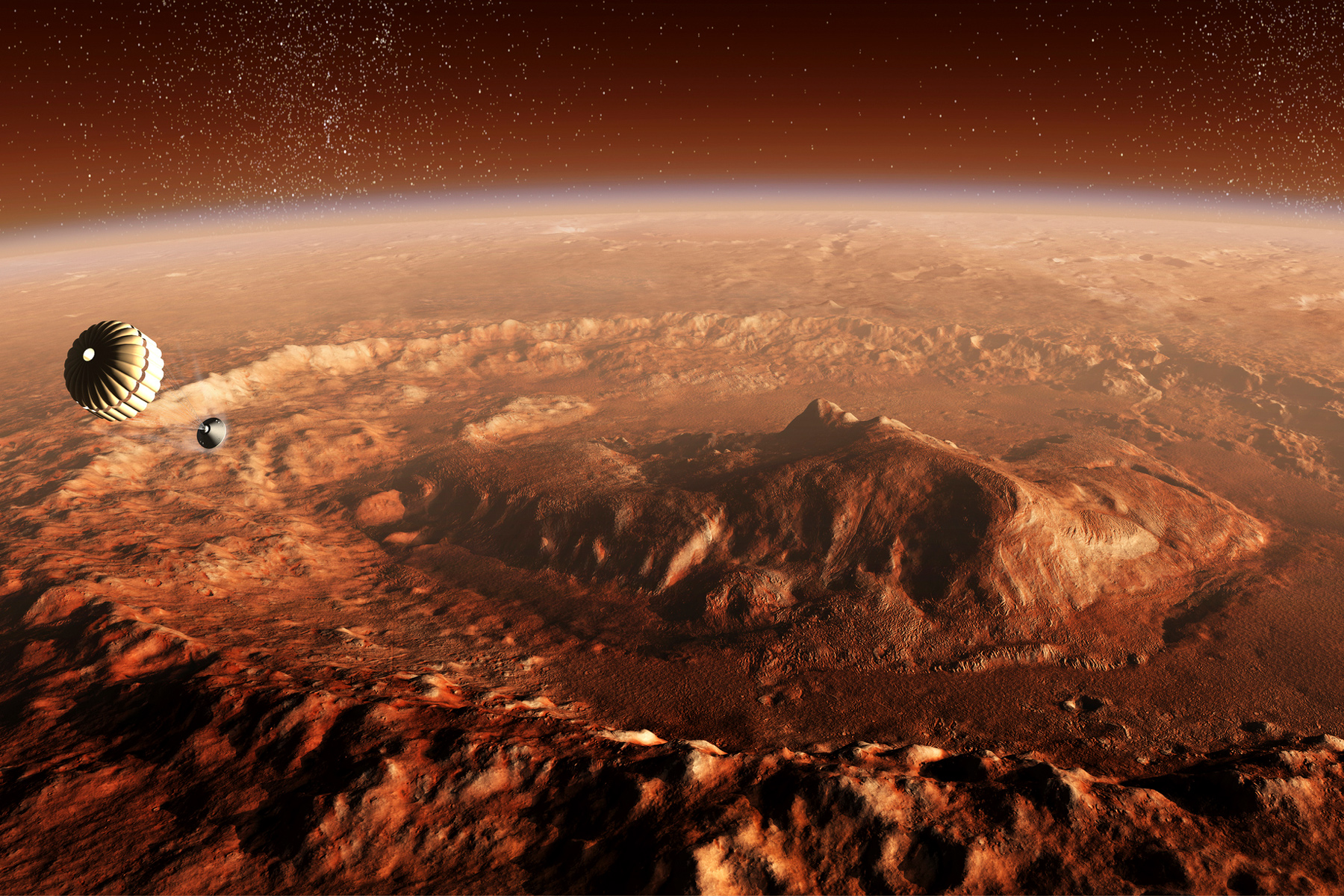 Have you ever wondered what life would be if Earth is no longer inhabitable someday? NASA has been planning to make life on Mars possible for a far-future generation.  Recently, NASA has successfully and safely landed a new robotic rover on Mars with the purpose to study whether life ever existed on Mars, which is now an arid, red planet.

The $2.7 billion robotic rover, known as Perseverance, is the size of a car with advanced capabilities to search for life on Mars. The new robot carries sophisticated cameras and lasers that help to analyze the chemical composition of the rocks and landscape on Mars to find out about the fossilized life on that planet. According to Kenneth Chang in The New York Times, “ground-penetrating radar to identify the chemical signatures of fossilized microbial life that may have thrived on Mars when it was a planet full of flowing water.” Scientists with NASA want to know how deep it can go to identify non-phosphorized microbic life to know how habitable the planet is. NASA has confirmed from their past missions that some places are warm, wet, and habitable. What they want to know now is whether Mars ever has microscopic inhabitants.

Last month, the United Arab Emirates and China began orbiting Mars, along with an array of European and American spacecraft, allowing many people to start to imagine how future generations will exist on Mars.

The rover will conduct the next mission from NASA over the next decade which has the possibility to bring some samples from Mars to Earth. This would allow scientists to study some evidence that Earth is not the only planet where can be found.

This type of mission is the first of its kind. Researchers are planning to make a small experimental helicopter names, Ingenuity that takes flight in the thin Martian atmosphere. NASA has wanted to study Mars for years, and this isn’t the first time NASA landed a rover on Mars, they have landed a series of rovers in the 90s. In 2004, NASA landed the Spirit and Opportunity rovers. In 2012, the Curiosity rover found out that the 96-mile-wide crater was a freshwater lake, thereby making Mars a habitable environment. But, it never proved whether microbes had inhabited the lake.

Perseverance has tools that can find complex carbon-based molecules that could prove evidence  of past microbes. NASA scientist, Dr. Williford says, “Chemical compositions— so the elements, the minerals, the molecules, the organic molecules that we know are associated with life — we’re looking for all those things occurring together.” They are looking for lifelike shapes and compositions that coexist on Mars.

Kenneth Chang in The New York Times writes, “The rover will crawl along the ancient delta, poring over its piles of sediments in search of those chemical signals of microbes that were extinguished as Mars turned cold and barren.” The mission’s study is Jezero, a 30-mile-wide crater that was a river delta. However, apparently, Perseverance will be unable to show proof of past life. Perseverance will collect rock samples and bring them back to Earth. It will also drill rocks and seal them in tubes and drop the samples onto the surface. Another rover from the European Space Agency will return Perseverance’s path to collect the tubes. Afterward, it will transfer those samples to a small rocket that will be taken off to space and will be transferred again to another spacecraft in orbit around Mars in order to arrive on Earth. It will approximately arrive in the early 2030s.

Recently, two spacecraft— Hope and Tainwen-1— from the United Arab Emirates and China have entered orbit around Mars. However, NASA’s spacecraft went directly to the surface path rather than get into orbit first.

On Thursday, February 18, at 3:48 pm, EST, the operations center at NASA’s Jet Propulsion Laboratory confirmed that Perseverance had entered the Martian atmosphere with a velocity of more than 12,000 miles per hour.

Mars is 126 million miles away from Earth, “when the message announcing the start of the landing sequence reached Earth, the rover had already been on Mars for four minutes” as reported by Kenneth Chang in The New York Times. The rover had successfully arrived on Mars even before the announcement. The radio signals that travel to the velocity of light last more than eleven minutes to get there.

The design of the landing system places the rover down on a flat spot more than a mile to the southeast of the river delta because scientists want to investigate the boundary of two types of rocks. A location that can allow scientists to know the geologic history of the location.

Perseverance’s deputy project manager, Matt Wallace, has spoken about the worries and difficulty the mission has faced in attempting the landing. Last year, due to the pandemic, the robotic rover’s team had rushed to meet the launch date when Earth and Mars were very close. If they missed that, the rover would have to stay permanently for two more years on Earth. Therefore, last year’s circumstances had complicated the mission, in addition to the new adaptation of working conditions. Thankfully, the team was able to accomplish the mission, and even President Biden has congratulated NASA for successfully landing on Mars.