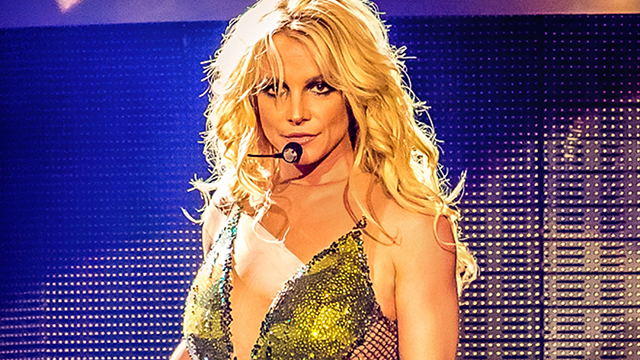 Recently, social media has been a-blaze due to outcries over Britney Spears and her near 13-year, court sanctioned conservatorship. What started as a hashtag, #FreeBritney is now a global movement in hopes of releasing Spears from the confines of her conservator and father, Jamie Spears.

#FreeBritney began when the public-eye caught wind in the abnormalities of her conservatorship and reading into her Instagram posts, many claiming she gives off the appearance and behavior of a “hostage.”  Recent Hulu documentary, “New York Times Presents: Framing Britney Spears” gives us a tour of her rise to stardom as well as an in depth look at what led her to be the conservatee of her father.

In the midst of an ongoing, four-month custody battle with ex-husband Kevin Federline, Spears experiences a public meltdown. Paparazzo, Daniel Ramos, received a tip that Britney Spears was denied access to her children while outside Federline’s property. Upon this tip Ramos catches up with Spears at a Jiffy Lube and began questioning her, despite her cousin’s wishes for them not to do so. Spears exited the vehicle she was in and began beating Ramos’ car with an umbrella and screaming obscenities at the paparazzi.

In October of 2007, Spears “loses physical custody of her children and is given visitation rights”.  New York Times critic, Wesley Morris, explains how Spears initially began alienating herself: “She fired her longtime manager, she’s grown very estranged from various member of her family.”

Three months later paramedics responded to a call at Spears’ estate amidst a custody dispute. She reportedly barricaded herself, refusing to give up her two sons, against a court order. She is denied in seeing her children after this.

A month later, Spears is hospitalized and placed on medical health hold. This is when Jamie Spears files to be his daughter’s temporary conservator. Senior New York Times Story Editor, Liz Day says, “Conservatorships are a unique legal arrangement, usually designed for elderly people who are unable to take of themselves or their money. The court gives someone else special powers to make decisions for them.…And it’s sort of surprising in that Jamie wasn’t a huge figure in her life before this.” Six days after Britney’s second hospital visit, the court permits a temporary conservatorship. Jamie Spears and attorney, Jamie Wallet, assume control of who she can and cannot have contact with, designate a 24-hour security watch for her, and make TV or recording deals for her.

Shortly after Spears hired a conservatorship lawyer, her one request for him being: “I don’t want the conservator to be my father.” The lawyer, Adam Streisand, was unable to represent Spears, the reason being that she was not capable of retaining counsel and the judge decided to appoint her a lawyer instead. Streisand responded, “I felt that, based on my interactions with Britney, that she was capable of retaining me and directing me and the judge should have allowed that to happen.” The conservatorship was made permanent in October of 2008.

Spears has been active in the media since, making TV, film and radio appearances, creating records, going on several tours and in 2013 began a four-year Las Vegas show. Some argue her illicit, but concerning behavior, was her throwing in the towel, her way of saying ‘I’m not coming back’ … ‘I’m not going to play the role you want me to play’. This is a possible justification, but sit eems like a simple write-off. The uptick in coverage on the Free Britney movement could be accredited to our generations efforts in de-stigmatizing and recognizing mental hardships, with the overlapping theme of overcoming suppression instilled by the justice system. NBC News Culture Critic, Marcie Banco, describes this effectively:

“We are riveted, not because we are entertained, but because what she is going through speaks directly to the universal human desire for freedom. More specifically, her battle represents the battle of the many marginalized people whose freedoms are denied daily, their human dignity ignored or, worse, deemed valueless by the legal system that promises them justice.”